So the ash cloud from Iceland threatened to derail (surely deplane) my travel plans. By Tuesday night I should have finished a show at the Hard Rock Cafe in London and headed for a hotel in Heathrow ready for an early morning flight to Moscow. But at 8pm my flight was cancelled and British airspace was closed for the foreseeable future. At some point that evening I suspect a large amount of money changed hands because by 11pm British airspace was miraculously open and I was once again heading back to Moscow.

I landed at 9pm and by midnight I was back in the comfort zone that is Hotel Ermitage. Hotel Ermitage is Fawlty Towers transposed from Torquay to Moscow. The staff are so pissed off to see customers it becomes a sport to see..
a) How long it takes to make a member of staff smile
b) How many members of staff you can make smile in a 12 hour period
Of course the answer to a) normally exceeds the limit of b)

Naturally there are no lifts to the fourth floor which is where I am always placed...infact I have been placed in room 412 on four out of five visits. Floor 2 seems to be mysterious floor, accessible only through a large oak door, from behind which emanates the sound of muffled Euro-house music. One gets the distinct impression that the rest of the hotel is engaged in some extravagant party to which everyone except floor four is invited.
Well me and my colleague bucked the trend and started a floor four party on Thursday, leading to impossibly heavy drinking, wild music, games of Russian charades and games of Russian roulette involving Chili-Vodka. All of which in turn led to forgetting all about injections...I suspect this is the only connection (and tenuous at that) to MS and the reason for this blog. I apologise but when you’re having this much fun...
Posted by daveyc at 21:34 No comments:

Back in the drizzle of the UK and everything seems a little pale and colourless against the multi-coloured visceral thrill of Africa. My MS symptoms which caused my first outing with a walking stick have now been upgraded to a relapse by the good folks of clinical research. What's more, because I'm on drugs this is called a breakthrough relapse. The moment I learnt that I've been stuck with the Doors in my head....break on through to the other side...Now Jim Morrison never let anything break through his drugs.

Talking of breaking through, my intrepid brother has been busy breaking though the pain barrier in search of extra funds for MS. This morning he ran the Brighton marathon. If you wish to donate you can via...
www.justgiving.com/seemed-like-a-good-idea-at-the-time
And finally this week promises to be a new kind of breakthrough for me...If Icelandic volcanic ash can be persuaded to abate and allow some flying then I shall get a kind of Phil Collins type experience. Following two shows at London's Hard Rock on Monday and Tuesday I will hot foot it across to Russia to play keyboards in a show in Moscow on Wednesday. 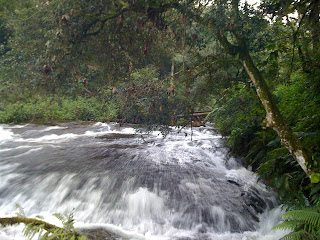 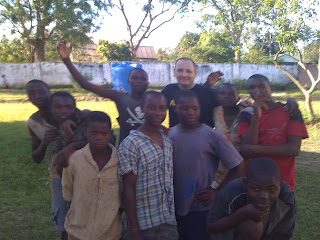 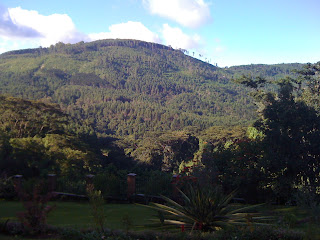 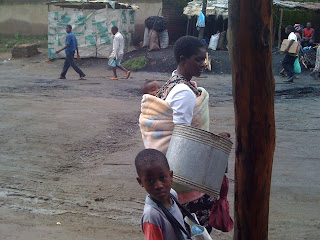 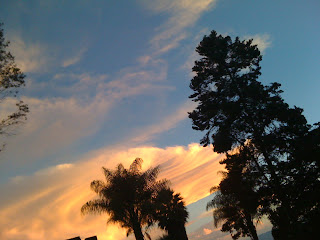 When everything is this beautiful, joyous, sad, uplifting, mad, inspiring and memorable it's difficult to write about illness...
Posted by daveyc at 13:11 No comments:

Well, what a long time a week can be. Last Friday it was that I woke up and found my right leg unable to support my weight. Getting up the stairs required huge effort. In 72 hours I was flying to Malawi. Not a good time to lose mobility. Things went down hill during the day. For the first time people at work started saying are you alright, you’re limping? By Saturday the dull, nagging numbness that consumed my right leg had started to move to the left. Things got so bad I was forced to go out and buy a walking stick. Things improved a bit and I managed the last show on Saturday night and crossed my fingers for the next day.

Sunday was a marginal improvement again. Enough to encourage me that I could manage to get to Malawi. I could see in Fi’s eyes that she thought I was deranged for even trying it but I’d already packed and now I had a stick anything was possible. We got to the airport. While I lent on the check-in desk the kids took it in turns to limp up and down the airport with my stick. You could see the other passengers looking at us with sympathy...a whole family of limping English people for god’s sake. ..

And then all too soon I was on my own boarding a plane bound for Nairobi. Me, hand luggage and the stick. During the flight I found that my right leg was gaining in feeling but crossing my left leg could only be achieved by manually lifting it over the right. I dozed fitfully for the 8 hour duration. I was no better at Nairobi but the luggage was transferred automatically for the Lilongwe flight so I just had to limp and lean with the hand luggage. The four hours to Lilongwe (the second quietest airport in the world) via Harare was entirely slept. Which left me with a four hour wait for the final flight to Blantyre (the quietest airport in the world). I sat with my leg up and sipped a beer or was it two, could have been three, until I was called to board the Malawi Air flight. I made my way towards the boarding gate. Suddenly from behind me came a commotion.... Sir! Sir! Sir! Please wait... the bar man caught up with me just in time....here, you forgot this...and he handed me my stick. Malawi was going to be just fine.